The Fifth Card DVD and Gimmicks by Brian Caswell MentalismTrick (code:The Fifth Card DVD and Gimmicks by Brian Caswell MentalismTrick)
You request that your spectator relaxes and enters into a short visualization experiment. When she feels comfortable, you ask her to close her eyes and imagine she is walking down a long corridor. There’s a door at the end of the corridor. She reaches it, opens the door and enters a plain looking room. It is sparsely furnished. The walls are a pale colour. There are no windows. Ahead of her, stuck to the wall, is a long row of playing cards. She sits down on an austere wooden chair. You tell her to open her eyes and look at you. You stand holding the deck of cards. You ask her to call out the row of cards to you, exactly as she sees them in her mind. You remove the cards one by one from the deck, laying them in a face up row on the table, to recreate the picture she is seeing inside her head. She calls, let’s say – two of spades, jack of diamonds, three of clubs, four of diamonds, nine of clubs, seven of hearts…..After six or seven cards you stop.

Eerily, it is precisely as you had pictured it!!! But that’s preposterous. How could you possibly know? Because, you explain – you’ve been inside that room in her mind ahead of her.You begin to turn the cards face down. This was the first card she saw, this was the second card she saw ……You continue turning down the cards. You skip the fifth card and turn the sixth face down. Then you return to the fifth.

Naturally enough, you also knew that no one would believe you. And that is why you left a little message. You turn over the fifth card, and on the back is written –

THE FIFTH CARD WILL BE THIS ONE – THE NINE OF CLUBS!!

This is a really commercial effect. It’s easy to do, has an instant reset and a great mental presentation. 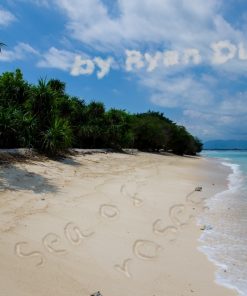 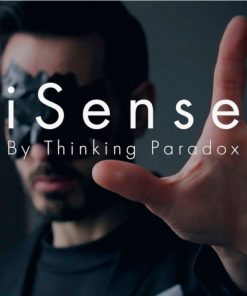 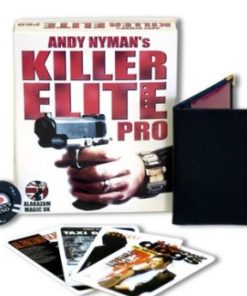 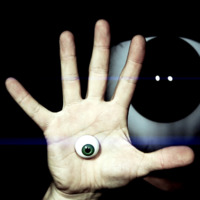 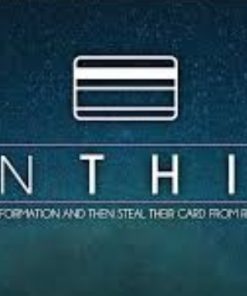